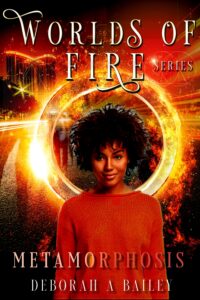 On the Floating World…

Asira is a member of a high-ranking family of Alchemists who exert control over the libraries that store magical texts. She never believed her acceptance into the coveted position was in doubt.

Yet, when she becomes the apprentice of a gargoyle shifter Alchemist who insists on keeping his pet bird with him, she has her doubts that he was the right choice for her final class.

Jaydon is from a gargoyle shifter group known as the Gigun. As an unconventional but powerful teacher of transmutation at the university, he could have his pick of mentees. It isn’t hard to tell that the last thing he wants to do is mentor a student from a powerful family. He only accepts her after he says his pet bird and advisor, Delphy, recommends that he choose her.

Asira finds Jaydon frustrating but too fascinating for her own good. But she needs his knowledge and guidance when she becomes the target of a classmate’s deception. With Jaydon’s assistance, the two of them uncover a conspiracy that threatens the well-regulated order of the Floating World.

As their feelings for each other intensify, Jaydon must make a life-altering decision which will either bind them together… or permanently force them apart.

Buy now from Amazon & other booksellers: