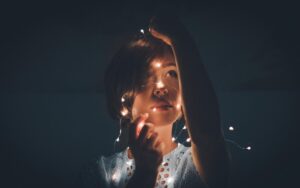 Often it can be a challenge to develop a character from scratch.

What are their goals and motivations? What is the backstory?

At times I get an idea of who the main characters are before I begin writing. But there are always those times when I’m not sure who they are and what they want.

Emotional wounds tie into the GMC (goal-motivation-conflict) of the character. In that way identifying the wounds can be very helpful for writers. For instance, even if you say, the hero wants to slay the dragon, it helps to know why it’s so important. What need is he fulfilling by putting himself into that situation?

I think it also helps to be able to see the character as a three-dimensional person. Real people do have wounds and trauma that they have to process. Giving a character a similar experience helps them to be seen as actual living beings. They go from being made-up people to people who could actually exist in the real world (or one of your creation).

As with real life, people will be driven by inner needs and desires, and those needs are often tied to the emotional wounds (and/or traumas). What is your hero or heroine working to achieve in the outer world so that they can fill an inner need (or heal a wound)?

For instance, a character who has had many bad relationships might believe they don’t deserve better. Their goal might be to find love, but their motivation is based on feeling unworthy and needing the validation of someone else’s love.

A character who has been wounded emotionally might take actions based on that wound. Though they want love, they may believe that they are bad, or unworthy of love and respect.

At the same time they may be compelled to seek out other traumatized people as friends or lovers. In that way, they can “save” the other person because they are really trying to heal themselves.

This is something that can play out in a romance (particularly a dark romance) or in any genre. The hero or heroine who is drawn to what isn’t good for them, and yet they can’t help themselves to stop choosing these partners and situations.

Readers can relate to characters who are going through real challenges. If they also make mistakes and bad choices, they will be very relatable. As they heal their wounds and evolve, their HEA or HFN will be even more meaningful.

Part of the journey for the character in the story is for them to realize that they can resolve past issues and be better for it.

Yes it can be tough to put our characters through a lot of discomfort. For the character to have a rebirth, they have to have a “death.”

They have to be put into a situation where they are willing to do whatever it takes for happiness (if it’s a HEA) or to solve the crime, catch the killer, break the magical curse – whatever it is that is the prize for your character. 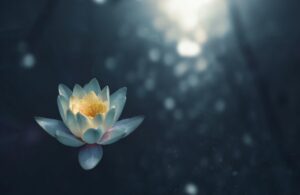 Points that you can use in your character development

-Emotional needs – What are they hungry for? Who are they underneath their public persona? (These can be used as triggers)

-How will those feelings cause them to make certain decisions in their current life -Do they blame others? Lash out? Defy authority? Fall in love with the “wrong” people? Become workaholics? Bury their feelings?

-How do their inner needs line up with their outer goals – They might crave success because they want validation from others.

Even if every single point isn’t on the page, it helps to know these things about your characters. Then you can write them knowing exactly who they are and what emotional obstacles they will have to overcome.