This post is part of a virtual book tour organized by Goddess Fish Promotions. January Bain will be awarding a $40 Amazon or Barnes and Noble GC to a randomly drawn winner via rafflecopter during the tour. Click on the tour banner to see the other stops on the tour.

Amara St. Clair is just out for a rare night of fun on the Vegas Strip. But when she discovers her fun-loving side in the Glitter Palace casino, a life-altering altercation with a deadly ancient vampire leaves Amara lying unconscious in an alley near the famous casino.

Doctor, geneticist and genealogy expert Dante Luceres, dedicated to research that will keep his fellow werewolves safe and healthy, is attending a mandatory yearly event of the House of Luceres. Coming across Amara, he saves her life, though vampires and werewolves are forbidden from interfering with each other in the supernatural world. There are dire consequences for interfering with another supe’s domain, and he expects that soon both the vampires and the werewolves will be after them, but he can’t leave the beautiful, vivacious little human to suffer alone.

Drawn to each other, the pair must hide from the world. But with everyone against them, including Dante’s clan and an evil vampire hellbent on having Amara for his own, how can they find a path to a shared future…and true happiness? 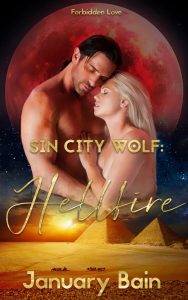 What was taking so long? I let out a frustrated breath, wishing I had gone with Shay’s suggestion even if we didn’t live close together. Maybe the guy forgot? I texted again, trying to keep the annoyance from showing in my brief message to the driver. Crap. They’d gotten a flat tire. No promise on how soon they could pick me up.

I blew out a full breath. My feet were getting tired of standing so long in high heels. Feeling a bit ridiculous, standing there with the trophy clutched to my chest, I debated going back inside.

The sidewalk was deserted now. I stood under the marquee for the Glitter Palace. A multitude of lights gleamed down and reflected off the dark pavement, creating pretty patterns that buoyed my mood. I loved little lights. I’d strung them around my apartment to create a bit of magic to my environment. Suddenly, they flickered and went out. Odd. I glanced around. This was the only unlit place on the Strip. What was that about?

A sense of being chilled by a blast of Arctic air made me shiver. It was a steamy hot night in Vegas and certainly not cold, just a bit spooky in the shadows. Was someone watching me again?

Get inside, right now.

The words of warning pierced my skull. I scrambled to turn around on the useless shoes. Racing for the revolving door, I banged into a body, nearly knocking me off my feet.

“Sorry, excuse me,” I said, trying to get around the obstruction, clutching the trophy to my chest.

A press of something against my neck made me stumble and nearly fall. Something clattered onto the sidewalk.

“Steady,” the man said, grabbing my arms and helping me to stay upright.

I blinked, my vision swimming and swirling about like it had a mind of its own, unable to see him or anything else. Colder still, I shivered violently, my teeth chattering.

“Wh…at?” I had trouble saying the word, my concentration for shit.

“Let me help you. You need to sit down.”

“You’ve had too much to drink,” he said. His scent, a mix of chemical and sharp, washed over me pressed as I was tight against his side, offensive and off-putting. 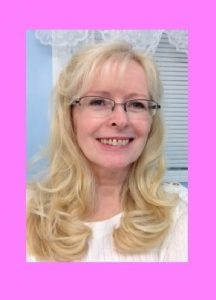 January Bain has wished on every falling star, every blown-out birthday candle, and every coin thrown in a fountain to be a storyteller. To share the tales of high adventure, mysteries, and full-blown thrillers she has dreamed of all her life. The story you now have in your hands is the compilation of a lot of things manifesting itself for this special series. Hundreds of hours spent researching the unusual and the mundane have come together to create books that features strong women who live life to the fullest, wild adventures full of twists and unforeseen turns, and hot complicated men who aren’t afraid to take risks. She can only hope her stories will capture your imagination.

If you are looking for January Bain, you can find her hard at work every morning without fail in her office with her furry baby, Ling Ling. And, of course, she’s married to the most romantic man! Who once famously remarked to her inquiry about buying fresh flowers for their home every week, “Give me one good reason why not?” Leaving her speechless and knocking her head against the proverbial wall for being so darn foolish. She loves flowers.

If you wish to connect in the virtual world she is easily found on Facebook. Oh, and she loves to talk books…

Any other social media –

January Bain will be awarding a $40 Amazon or Barnes and Noble GC to a randomly drawn winner via rafflecopter during the tour.