On The Planet, Hathor – A Powerful Corporation, A Psychic Security Force & A Conspiracy 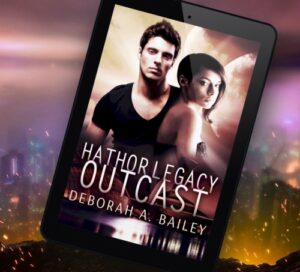 Guardian Sentry Nadira uses both her intuition and telekinetic powers to keep the capital city on Hathor safe. The son of a mining company CEO on the nearby planet Astarte, Jonathan Keel has known a life of wealth and privilege. When his dad goes missing after an explosion and theft at his mine, Nadira and Jon become unlikely allies as they investigate the incident.

But events are not what they seem, and Nadira suspects a high-level conspiracy that reaches the highest levels of the Guardian organization. Not knowing who to trust, the two flee the city. On the run from security they are forced to accept their growing attraction. Yet uncovering the truth comes with its own dangers as they discover that some secrets aren’t meant to be revealed.