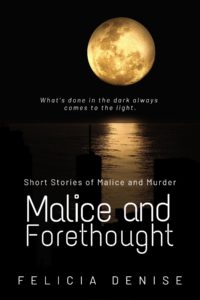 The short stories in Malice and Forethought were all flash fiction and short story challenges. I have more than one hundred and I was going through them one day when I realized not only had I written them all, but my late husband had read them all. I lost him last spring to complications from kidney disease and hadn’t written or published anything since. He was my biggest cheerleader and urged me to publish more. Putting together the anthology was to honor his memory and get my writing groove back.

Choosing the right stories. Like I said, there’s over a hundred, spanning several genres. I wanted stories not just of the same genre, but also similar mood.

My perfect hero will always do the right thing. Of course, he may do the wrong thing a few times before he finds his way, but ultimately his moral code will right itself. He knows who he is and doesn’t care about the opinions of others. He doesn’t take himself too seriously and can laugh at himself. It’s a honor if he calls you friend, but if you betray him… just move to another country! LOL!

I love confident, focused heroines. They’re strong because they’ve weathered more than a few storms and are still standing. They’re flawed but you’ll never know it unless you take the time to get to know them. They’re not afraid to fall in love but if they’re not getting as much as they’re giving, they will ghost a man quick, fast, and in a hurry! LOL!

Making a mess in my kitchen! LOL! I love to cook and create new dishes. I’m on the way to one hundred “tries” on Pinterest and will probably get there well before the holidays. I also sew, and of course, read!

Don’t overlook self-publishing because you feel it’s “substandard.” I see writers post on social media about receiving their third or nineth or seventeenth rejection letter from agents and/or publishers and it’s lost on me why people don’t just self-publish while they work on their dream. Self-publishing is growing by leaps and bounds and despite what the talking heads and industry “experts” say, it’s here to stay.

I published my first book in 2016, but have been writing in earnest for over 30 years. It was just something I “did” to express my feelings or journal events. My family refers to me as “The Writer” and I always get pulled into penning poems, song lyrics, or readings for special family events.

Print for “the keepers” – books from my go-to authors that I’ll always re-read. Ebooks for everything else. They take up less space… and I already have several boxes of books in storage!

What genres do you prefer to write in?

I thought it was romance, but nope! I prefer the wider scope of women’s fiction and the pace of suspense.

What is tea? LOL! 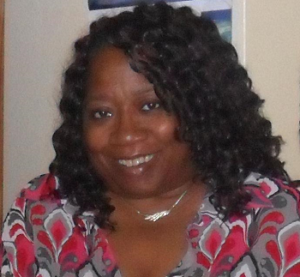 After writing as a hobby for most of her life, at the urging of a good friend, Felicia took on the challenge of NaNoWriMo in 2015, writing what would become her first published work, In the Best Interest of the Child. It was released in the fall of 2016. Free, a Novella, which began as a three-installment series on her website, was published as a short story in May 2017.

Currently working on projects in several genres, Felicia plans to release book 2 of In the Best Interest of the Child – Family Matters, as well as anthologies of her suspense and women’s fiction short stories in 2020.

A long-time blogger, she also features books by indie authors daily on her blog, Nesie’s Place.

Felicia lost her husband of nearly 36 years of May of 2019, and is a strong advocate and supporter of the National Kidney Foundation. She has three adult children, four grand-pups, and as one of nine children, she has too much extended family to even go into!

In her free time-when not reading-Felicia sews and enjoys experimenting with new dishes in the kitchen. She always has a cup of robust coffee and far too many pun jokes nearby.

1 : desire to cause pain, injury, or distress to another
//
2 : intent to commit an unlawful act or cause harm without legal justification or excuse
//ruined her reputation and did it with malice 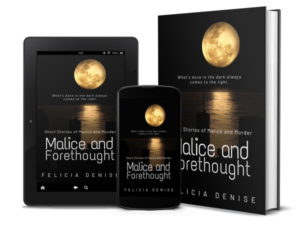 Everyone is capable of malice and no one is immune to its outcome.

A Hint of Malice – When her last living relative commits suicide after having her identity and assets stolen, a grieving niece longs for justice.

Burned – When the masterminds behind a major drug operation get off with a slap on the wrists, a frustrated police detective warns them their wealth cannot shield them from everything.

The Marshall Sisters – After seeing her sister mistreated by far too many men, Leslie Marshall is proud of Paula for standing up for herself and accompanies her on a cold winter’s night to confront her boyfriend, but even Leslie isn’t ready for the new, assertive Paula.

The Watcher – Shamed into exiled by his family because of his sexual fetish and hanging on to the shreds of his sanity, a man plots the ultimate date night with his new neighbor.

What’s done in the dark always comes to the light.