Do You Prefer Novellas or Full Novels? 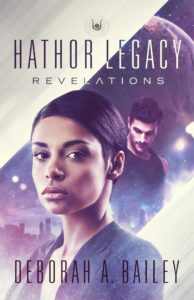 When I started out as an author, I wrote short stories. A few of them were published in online and print magazines, which encouraged me to keep going. After that I submitted my stories to contests and anthology publications. At the time I expected to continue to write short stories. I’d tried to write a novel and it didn’t go quite the way I’d hoped.

But eventually I realized that if I wanted to continue and build a career, I’d have to write longer pieces. And that meant novels. At that point I’d taken a lot of classes and read a ton of books about novel writing. Even then it was intimidating to think about writing an entire book. So ultimately I found an author who mentored writers and I worked with her for a couple of years. After that I worked with other mentors and continued to take classes. Ultimately after a lot of rewrites, I completed my first novella.

Was it a long road to finally finishing a book? Yes, it was. But completing it showed me that I could do it. So, I did it again and again. Then one day I decided I wanted to try writing a longer work. A novel of over 100K words. That book turned out to be Hathor Legacy: Revelations, which was book three of the series. Was it rewarding to complete it? For sure! But I also realized that I was much more comfortable writing novellas than novels.

Maybe it’s because of my roots writing short stories, but I feel more comfortable with a shorter work (even if it is longer than a short story). For me it’s easier to plan and to plot. And it’s much easier when it comes to revisions. Not to mention that when you have to tell your story in fewer words, you have to get right to the point. There’s not a lot of room for filler. You tell your story, then you move on to the next. And I think, being the type of writer I am, I like to work that way.