Wade Dwyer’s life is turned upside down when his father dies and he learns he must marry or he and his siblings will lose the ranch. One last jab of the knife from his father. On top of that, his father’s only friend knows about the stipulation and is determined to own the property by any means necessary.

He’s facing the very real possibility of being the reason his family loses their home when his brother’s best friend, Lance Matthews, offers to walk down the aisle with him. A faux marriage to the man he’s loved for years is a torture he isn’t sure he can endure.

Can he keep the ranch … and the man of his dreams, too?

I feel like I have two lives sometimes. During the day I’m an Executive Director for a nonprofit organization, a mother to two young men, a (young!) grandmother of a toddler, and a cat mom to two furry children. I’ve also become the caretaker for my parents and that has been a tough transition, as anyone who is in that position can tell you. It’s a lot more exhausting than I expected.

When I do have some time and I’m not writing or watching my grandson, I love to read (surprise!). I also get together with some friends to play cards once in a while, or go to movies. I’m definitely more of a homebody, though. When I’m home, you might find me watching Star Trek Voyager, scrolling through Twitter, or baking. I love to bake!

When I first sit down to write, I just let it flow, there’s not usually a plan yet. It’s about trying to get the idea down. The words may be choppy, the story may not be completely formed yet, but it’s freeing to just begin. Sometimes I just lose myself in a new story and write for hours.

Once I’ve worked on the rough draft for a few days and have a better idea of the story, I do create an outline, but I never completely stick to it.

I love the freedom of writing, of creating stories with a “Happily Ever After”. Life can be hard, we deserve to read something that gives us a chance to float away for a little while.

Definitely! I like to be alone, at my desk, maybe a little music, depending on my mood. Some tea or caffeine, my favorite rainbow Snoopy and a Captain Janeway pic and I’m ready to go!

I do! I tend to like the stories that I enjoyed writing the most, but I also think that I always like the newest one the best—for a while. So right now, I have to say The Twisted Oak.

Operation Toy Rescue is a holiday novella that I had fun writing. It’s a little whimsical with some holiday magic thrown in!

Too many things to list! But here are the top 5:

I am a morning person! I wake up at 5:30 every morning and greet the day. I love the quiet and the chance to write while the world around me is sleeping. I try to sleep in some weekends, but it always throws my day off, so I usually stick to my morning routine as much as possible. 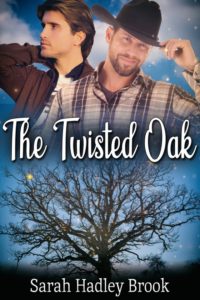 Over an hour later, covered in dirt and grime and smelling like cattle, Wade walked through the back door into the kitchen and was immediately met by a furious Allyson.

“What the hell? Do you know people are already arriving? The wedding starts in fifteen minutes, Wade.” She stood in his way, her hand on her waist. Her purple dress clung to her small frame, ending just above her knees, and Wade couldn’t help think that Casey was a lucky man. Allyson was beautiful in a wholesome, girl-next-door kind of way. Her auburn hair, more red than orange, hung down in ringlets around her shoulders. Her cornflower blue eyes sparked with anger as he met her gaze and he wanted to take a step back, but refused to cower to someone standing barely over five feet.

He lost the battle and took that step back. It didn’t matter. She took a step forward.

“Cattle got out. I texted,” he explained, his eyes flitting around the kitchen. Something smelled really good, like apples and cinnamon, and his stomach rumbled. He was starving.

“Lance and Casey have already brought everything over from Lance’s and they’ve dressed for the wedding,” she accused, pointing a finger at him. “You know you could have let Charlie handle this.”

His hackles up, he straightened and looked her in the eye. “He’s got some people fixing the fence right now, but no, I needed to handle this. Milton Randle tried to steal some of our cattle. A Dwyer needed to be there.”

Her shoulders sagged a little and she let out a huff. “Fine, but you owe Lance an apology. He thinks you don’t want to do this.”

Wade stared at her. “It’s a fake wedding. Of course I don’t want to do this.”

She pressed her lips into a thin line and looked at him hard. “Go get ready, Wade. And you better think about what you just said. This man is uprooting his life to ensure you and your brothers can keep your land. I don’t know about you, but I’ve never known anyone that kind. Have you?”

No. Definitely not. Properly chagrined, he nodded. “You’re right.”

Wade smiled. She may not be married to his brother yet, but she was already part of the family.

“What?” she asked, obviously not quite ready to let go of the mad.

She blushed and shook her hair. “Right again. Now go get ready. You’ve got maybe ten minutes, tops. Your suit is laid out in Casey’s room. Use his shower—your room is a mess with the move right now. I’ll stall for as long as I can, but you make sure you look and smell good when you come downstairs.”

“Yes, ma’am,” he replied and watched her turn on her heels and leave the kitchen, mumbling something under her breath—something that sounded suspiciously like “idiot,” but he didn’t have time to dwell. He took the back stairs two at a time. 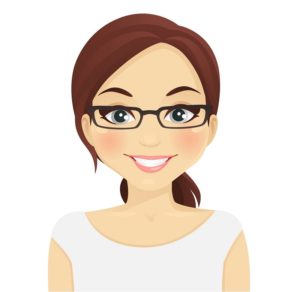 Sarah Hadley Brook lives smack-dab in the middle of the Heartland and is the mother of two wonderful young men, as well as two cats. During the day, she works in the non-profit world, but reserves evenings for her hobby-turned-passion of writing, letting the characters she conjures up in her mind take the lead and show her where the story will go.

When not working or writing, she can be found reading, working on dollhouses, trying her hand at new recipes, or watching old movies and musicals. In her ideal world, Christmas would come at least twice a year, Rock Hudson and Doris Day would have co-starred in more than three movies, and chocolate would be a daily necessity to live. She dreams of traveling to Scotland some day and visiting the places her ancestors lived. Sarah believes in “Happily Ever After” and strives to ensure her characters find their own happiness in love and life.