This post is part of a virtual book tour organized by Goddess Fish Promotions. Paul Swingle will be awarding a $15 Amazon or B/N GC to a randomly drawn winner via rafflecopter during the tour. Click on the tour banner to see the other stops on the tour. 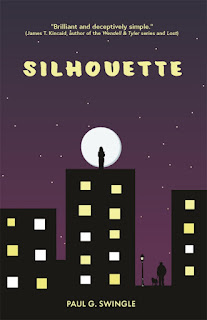 On the night of a blue moon, while walking his dog, middle-aged widower Jim sees Gladys on the roof of a neighboring apartment building and is inspired to speak with her. There’s just one problem: she can’t hear him.

Indeed, Jim isn’t even sure that Gladys truly exists—that she isn’t just a rooftop patio umbrella silhouetted against the moon. Hampered by debilitating social anxiety, he cannot work up the courage to even wave.

Yet Jim returns to the same spot night after night, and Gladys—who is indeed real—sees him and becomes equally interested. She even contributes to their “conversation,” though he cannot hear her either. And while Gladys struggles with her own demons—self-loathing and depression—she is lifted by Jim’s attention, even as she describes how difficult her life has been.

Two characters, driven by sadness and a longing to connect. Will they?

Read an Excerpt of Silhouette

Women aren’t jumpers. Did you know that? We don’t use guns either—at least not on ourselves. We’d shoot a prick on a moment’s notice, though. Ha ha. Anyway, John—although I’d love to throw myself off this planet, it ain’t going to happen. But you never know, do you? Sorry. Not trying to fake you out. Are you lonely, John? God, it’s getting cold and miserable out here. Walk Bowser, John, so I can leave my post and get warm. I’m going to stay very still until you leave. Maybe you’ll forget that I’m a real person. We can continue our chat some other night. I’m going to stay very still, so you can drift away. 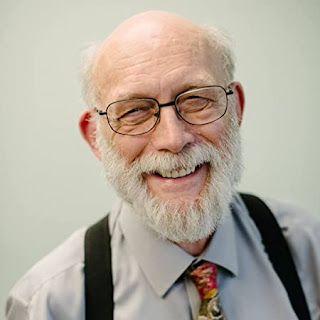 Dr. Paul G. Swingle can be considered one of the founding fathers of Clinical Psychoneurophysiology, one of a select few, directly responsible for bringing Neurotherapy out of university labs and clinics to the general populace in the 1980’s.

His academic positions include, Professor of Psychology at the University of Ottawa from 1972 to 1997, Lecturer in Psychiatry at Harvard Medical School from 1991 to 1998, Associate Attending Psychologist at McLean Hospital (Boston), Head of the Clinical Psychophysiology Service McLean Hospital (Boston). Professor Swingle was also Clinical Supervisor at the University of Ottawa from 1987 to 1997 and Chairman of the Faculty of Child Psychology from 1972 to 1977. Dr. Swingle is a Registered Psychologist in British Columbia and is Board Certified in Biofeedback and Neurotherapy. He is actively involved in research and practice. His numerous publications include nine books and numerous peer reviewed journal publications.

Paul Swingle will be awarding a $15 Amazon or B/N GC to a randomly drawn winner via rafflecopter during the tour.

Book Blast & $25 GC Giveaway: Cause for Elimination by Marla A. White