Fairy Tale Elements in the Once Upon A Princess Trio 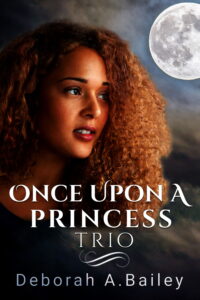 For my worldbuilding, I considered creating words for the worlds I was writing about. But as it turned out I only ended up creating one word, “Malida.” The reason I created it was because I wanted to use it during a conversation between the hero and heroine in Heart of Stone. Willem, the hero, uses that word to refer to the heroine’s grandmother. The grandmother is a former queen of the province where the story is set. In the aftermath of a war, the heroine, Leesa, and her grandmother are (as far as they know) the only remaining members of the royal family.

When Willem asks Leesa about her grandmother he calls her Malida, which is also a term of endearment. It means “great mother.” For Willem to know that name, he would have to have known more about the family than he’s admitting.

Though I didn’t focus on creating the words and language for those worlds, Since they’re based on fairy tales, I made sure to include certain elements. For instance, I included princesses,  magic, and fantasy creatures. In Heart of Stone Willem is a gargoyle who is under a magical curse. He lives in a deserted palace and he has access to enchantments that were left there by the former inhabitant.

In Beauty and the Faun, the heroine ends up escaping into the Great Forest and it becomes a refuge. Forests are often used fairy tales as places filled with magic and mystery. Satyrs, forest nymphs, centaurs and fauns are among the inhabitants of the Great Forest. Each group has their own culture and behavior that they’re known for. The heroine finds these creatures when she enters the forest, and they show that this is an entirely different world than the one outside.

In Land of Dreams the Great Forest is also included, along with fauns and water nymphs. I added additional magical characters, such as elementals, shifters, and river deities. There’s also a character called the Night Queen who presides over the elementals. While I would’ve loved to have created other words (and languages) for the stories, I made sure to include many fantasy elements and fairy tale touches to set the mood.

Once Upon A Princess Trio