This post is part of a virtual book tour organized by Goddess Fish Promotions. Marianna Green will be awarding a $20 Amazon/BN GC to a randomly drawn winner via rafflecopter during the tour. Click on the tour banner to see the other stops on the tour.

About Lured By The Ghost Rake

When Elda Elwood goes on a visit to her actor lover Jake Reynolds’ ancestral home, she is drawn by a portrait of his ancestor, eighteenth century rake Lord Lucas Lovegrove.

She learns the tragic story behind the viscount’s marriage to the innocent young heiress Rose Ashworth.

Elda senses that the portrait has strange powers, and that the house is haunted by Lovegrove’s predatory and sexual ghost…

And what is the secret of the sinister pagoda in the grounds?

Read an Excerpt of Lured By The Ghost Rake 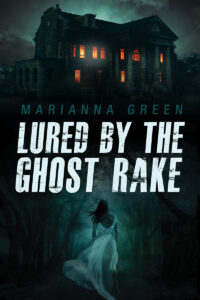 The chill wind died away, chuckling up chimneys and sighing through the cracks in the windows and doors. Now, Elda’s brain was only capable of rambling, disconnected thoughts.

More than anything, she was struck by what a magnificent male specimen Jake was with his lean, strong build, his dark wavy hair tousled by the wind, and his green eyes wide over his high cheekbones as he stared about.

This new series was supposed to be his possible breakthrough as the latest hot male actor. Seeing him now, she thought it insane if it wasn’t. Absurdly, she wanted to tell him so, before reporting the minor problems of the painting trying to hypnotise her and setting off that unnatural gale.

He said, “I know there’s sodding gale force winds forecast for the weekend, but that’s ridiculous.”

It was a relief that now he’d seen something strange himself. Now it would be easier to tell him what she had seen and heard.

“It was –” her voice died off as her tongue and lips went on strike.

She couldn’t get them to finish the sentence, ‘Coming from that picture of Lord Lovegrove’. She tried to say, ‘The portrait gallery’ but couldn’t get that out either.

Was it shock, or had that portrait’s seemingly living stare somehow imposed his will on her when her mind swam? She couldn’t exactly remember what that disembodied voice had said. It was something about ‘Silence’ and ‘You won’t tell your jealous lover’.

Jake gave her hand a sympathetic pat, putting it down to shock. She suspected he was thinking, ‘Can’t expect her nerves to be as strong as mine.’

Exasperated, she pointed into the room…

Review of Lured by the Ghost Rake

An intriguing paranormal involving an ancestral estate and the ghost of an 18th century rake who has some unfinished business in the modern day. Elda is taken with the pictures that her boyfriend Jake shows her at his ancestral home. She’s especially drawn to one of Lord Lucas Lovegrove. it turns out he’s got an interesting past which includes a bit of a dramatic love life. In fact Lord Lucas is still around and his talent for seduction didn’t die with him.

Elda is unnerved when the Lord makes his presence known and she discovers more about Lord Lucas and unfortunately he might be trying to come between Elda and Jake.

I wasn’t always sure where Lord Lucas’ intentions were  – did he only desire to seduce unsuspecting visitors or was his intention to find someone who would assist him in righting the wrongs of his past? The suspense ramps up towards the end and ultimately there is a resolution. Overall the book has a slightly gothic feel, yet is a quick read that wraps up neatly. 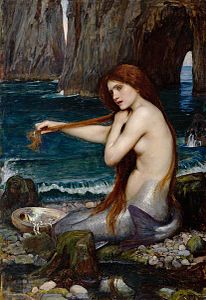 Marianna Green lives in the UK, has a geekish fascination with English Literature and History, and an irrepressible sense of humour.

Marianna Green will be awarding a $20 Amazon/BN GC to a randomly drawn winner via rafflecopter during the tour.