This post is part of a virtual book tour organized by Goddess Fish Promotions. Barb Jones will be awarding a $15 Amazon or Barnes and Noble GC to a randomly drawn winner via rafflecopter during the tour. Click on the tour banner to see the other stops on the tour.

When the darkness was compelling and the heart knew no bounds, was there really a right choice? With Michael’s life hanging in the balance, Amber had a choice: save her star-fated love or keep on the crusade to unite the magical community. For Amber, her fate was sealed even before her birth and it was her destiny to fight the great battle ahead of her. But, when it came to her heart — her friends, her great love — Amber’s torn. Not only was she the Queen, but she was a human in every sense of the word. She was vulnerable. And so the very people — Chloe and Michael — that gave her strength, quickly became her weakness. It wasn’t her fault she loved too much, was it?

Nevertheless, the Tall Dark Man had set a plan in motion that could threaten the very existence of the Blood Prophecy. Would he gather his dark forces and succeed in destroying Amber once and for all? Or, would she assemble her powerful friends and save the world?

The ending.  I needed an absolutely perfect ending for Amber and her friends.  It was hard to find one at first to do it justice but after six rewrites of the ending, I found it!  I think other scenes posed a little challenge too and that includes some of the fight scenes to really bring it to life.

Many things!  I am an IT Senior Executive Consultant so that keeps me very busy, especially with government clients.  But I am also a Certified Personal Fitness and Nutrition Coach, Certified Master Life Coach and an Event Planner.  You could say that I dabble in this and that.  I do spend a lot of time in the gym working out, increasing my performance metrics.

My favorite place would be in my office – I can listen to music but I am able to write anywhere.

I’ve created a Little Arthur and Merlin the Magnificent series for children, based on King Arthur and Merlin as 5-year-old little boys.  Then, I have the Blood Prophecy series and various publications of my poetry.

I think I am most pleased with Queen’s Ascension, the latest in the series.  It’s probably because I brought the prophecy full circle but left it open to more possibilities.

I am planning (and hoping) on my trip to Scotland next year.  It was postponed from this year due to the pandemic.  Other things include seeing Romania, an African Safari, my world cruise when I retire for 186 days, and I just added something that I think I am going to aim for – starting a customized gym with boutique services like nutritional but gourmet style cooking, specialized classes.

What would be a must-have for a romantic date?

I think that will vary for the person.  For me, I need something that would really blow my mind.  One such way would be a gourmet cooking lesson followed by a wine pairing lesson OR simply go to the gym and really work out (and its ok if I bench press more than him! Ha ha)

I prefer the feel of the book.  I just can’t get into reading if it is an eBook or audible.  I admire those that can but I like to be able to turn the pages.

I’m a morning person.  I absolutely love mornings and being in the gym by 4. If I sleep in, which is rare, I hit the gym by 5. 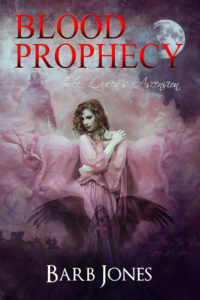 With the betterment of both Michael and Rae, Malakai was glad that they were well and fine; nevertheless, he needed some time to decompress. All the magical commotions that had occurred were too overwhelming for him. He needed some sort of release.

He enjoyed the brisk jog in the park, as he cut through the sharp wind of the cold night. But this did nothing to lift his spirits. He was happy that Amber’s smile finally met her eyes. That was all he’d ever wanted for her: happiness, that’s it. There was nothing more he could ask for—she was his priority. Yet, in the back of his mind, as in his heart, he couldn’t help but believe the ancient legend that he’d heard so long ago was the certifiable truth, as it was written in Eschmun’s scroll.

…her fate is tied to the true alpha of the wolves. A blood drinker will stand formidable, but it is the nature of the child to call upon the true alpha and bring him to the queen’s inner heart.

Could this be the truth? he often wondered as he traveled the world collecting artifacts and evidence supporting this notion. Yes, he’d crafted a reliquary, quite accidentally, and people assumed it was to keep the magic insulated, away from the humans. But that wasn’t the case, at least not for him.  He so wanted to believe, just from the sheer fact that it was said in the scroll. But Malakai was a man of logic, driven by cold hard data. Although wanting to romanticize that his destiny was tied with Amber’s, he needed confirmation. He wanted validation for the strong emotions he was feeling. 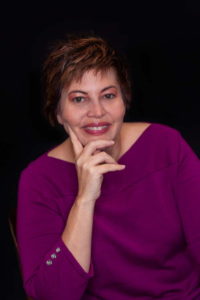 I was born in Hawaii, a place rich with culture and storytellers. As a little girl, scary tales about vampires, werewolves, angels, demons, and witches were my favorite kind — much to my mother’s dismay.

The scarier, the better.

My love for the supernatural never went away, even after moving to Seattle, far from Hawaii’s majestic beaches with unusual colors. Nothing compares to the landscapes of Maui, Lanai, or Oahu. But somehow, Seattle stole my heart anyway. It became the place where my love for stories took on a new form, in a book of my own: The Adventures of Little Arthur and Merlin the Magnificent. This book is for kids who love stories, just like I did.

Then I had an idea while sleeping.

One night, my mind began to work overtime. In a dream, I saw a unique storyline involving all the races and an epic battle of good versus evil. It was a modern day plot with a three thousand year old prophecy, The Blood Prophecy. I finished the first book in 2014, The Queen’s Destiny. Two years later, I released The Queen’s Enemy. The last book in the series, The Queen’s Ascension, released on August 17, 2020.

Today, I live in Florida with its beaches and sunshine. But I’m still a Seattle girl at heart. And so all my stories take place in the Northwest.

I always keep to my roots when I write.