Once Upon A Duet – On Sale Now! 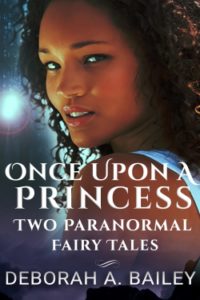 Once Upon A Princess Duet: Two Paranormal Fairy Tales

No cliff-hangers. Each story is complete. Mature readers only.

For all the innate complications involved in finding the secret to blissful fairy-tale love with shape-shifters, two wise and discerning princesses trust their hearts instead of their eyes and fall in love with the unlikeliest of princes.

After their beloved country was decimated by war and a powerful curse, Princess Leesa and her grandmother are the only survivors left in the royal house. Her late fiancé Eduardo’s father, the Duke Valmont, caused the war and his name became anathema even after he and his two sons perished. Desperate to find items to trade for much-needed supplies to care for the people she and her grandmother provide refuge to, Leesa dares trespass into the abandoned, reputedly haunted Valmont Palace. But the creature she finds within the ruins is anything but a ghost without flesh and blood and feelings.

A gargoyle, Willem is dreadfully lonely and longing for human companionship. Promising the beautiful Leesa riches, he begs her to stay with him for a time. With so many to provide for, she can’t refuse and soon learns that looks can be deceiving. Willem reveals that he’s watched her from his perch atop the palace for long years. Her beauty–both inside and out–stole his heart even when he lacked any means to convince her of his true love.

The steep price to be paid to break the spell that cursed him into existence as a gargoyle may be more than Leesa is willing or able to pay. But her choice offers no second chances: Either she gains back what she’s been mourning or she loses everything she’s ever wanted…for all time.

In order to settle their debts, Kayla’s rich uncle and aunt arrange for her to marry an ill-reputed prince from another land. She and her mother were forced to live with these well-to-do relations after Kayla’s father, a simple woodsman her mother gave up aristocratic life to marry, died. Favoring her own two daughters, Kayla’s aunt fully intends to marry them off to the richest lords that will have them. She couldn’t care less what happens to Kayla…so long as she doesn’t run off with a penniless commoner.

The idea of marrying someone she’s never even met holds no appeal for Kayla.  The foreign prince’s standing in public opinion does nothing to convince her either. He refuses to attend the fancy balls, court the lovely and available young ladies of the land, and sometimes disappears for weeks at a time. Planning to hide in the Great Forest, she meets Del, a faun shifter who looks forward to teaching her a few things about life and love. If only all her problems could be solved magically by her fairy godmother. Even if she’s fallen in love with Del, how can she hide from her duty to marry the prince when her own mother will suffer if she refuses?