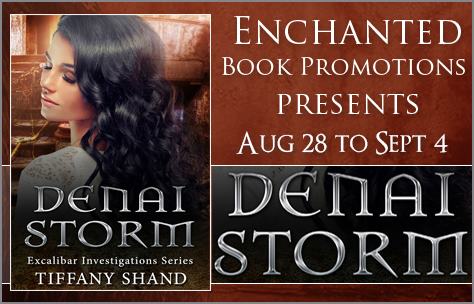 After her husband, Jason is kidnapped, Denai witch Cate McCray will stop at nothing to get him back. Along with her team of enforcers, Cate and her allies venture into the country of Setara to find Jason and bring him home.

But going into the heart of the Covenant’s territory comes with its own risks and saving Jason could have dangerous repercussions. Back at home, the team faces a killer lurking on the streets of their city. What kind of new enemy have the Covenant sent after them now, and what price will they all have to pay for going up against them?

“It’s the blood rage.” Drake pulled free of his chains. “Stay away from her. She’ll kill us all.”

“But that’s not possible. The blood rage was outlawed by the coven centuries ago,” said Charlie, as Drake pulled her behind him.

“Blood rage is where a Denai gives into the dark side of her gift. It’s an uncontrollable force where the witch gives into her power and the power takes control of her. It can only be brought on when the witch loses someone they love,” Charlie explained, pushing in front of Drake. “Seline told me about it. It shouldn’t be possible. The magic was outlawed a long time ago, and it can only be taught by another Denai.”

“Cate is the Goddess Marked. I doubt there’s much beyond her abilities,” Steve said. “Something must have happened to Jason.”

Steve made a move to go to his sister. “Stay away from her,” Drake warned. “I saw this once a long time ago. When a Denai enters the blood rage there’s no coming back from it. She’ll kill anyone who gets in her way. She won’t know friend from foe. There’s no reasoning with her now.”

“Most Denais die after they go into the blood rage,” Charlie said, glancing around at the others. “What should we do?”

Cate overheard the conversation but none of them mattered. She had only one goal now to kill Vicus and those responsible for Jason’s death.

Two Devas came charging towards them, staff weapons drawn. Their eyes, their long black hair brought back the image of Vicus into her mind. She raised her hand, energy impacted the air like thunder as she locked them within her power.

“She doesn’t need to touch Devas now to be able to compel them,” Charlie muttered. “Seline said that a witch in the blood rage is stronger and deadlier than they normally are. Their powers become limitless.”

But no, death at her touch was not enough. She raised her hand again. Through her other sight she saw the tendrils of power that made up each Deva. With a twist of her fingers, she yanked the spells apart. Each Deva sparkled with coloured light as the spells used to create them unravelled and the power within violently exploded outwards. The earth beneath their feet trembled as the other buildings came crashing down.

I’ve always loved witches and fantasy books so my love of those really inspired this series. The inspiration for this particular book came from wanting the series to go out with a bang and this book does that and more!

That’s a hard choice because I love a lot of scenes in the book but one of my favourite scenes to write was the battle at the end of the book when everything comes together.

The hardest part in writing this book was because I knew it would probably be the last book in the series. This was the first series I have what it and it will always have a special place in my heart. I wanted to wrap up the series in a good way to satisfy my readers and not to leave any loose ends in place. It also provided a great opportunity the setting up the beginning of my spin-off series too.

When I’m not writing, you’ll usually find me reading or protecting my desk from my Demon cats you like jump on to get my attention.

To me writing is magic, writing about different worlds and realities is the closest thing I think we as humans get to magic itself. It’s something I loved for as long as I can remember and has helped me through a lot of tough times in my life.

Write, write, write. The only way you improve your craft is by writing a lot. Study author authors and see how they write and get feedback for your work. It really does help

As well as fantasy, I enjoy reading crime and thrillers, as well as action and adventure. My new reading genre at the moment is dystopian and post-apocalyptic fiction which I’m really enjoying.

As well as my Excalibar Investigations series, I’ve also written two other short series called the Amaranthine Chronicles and the Shifter Clans series.

I’ve written books for as long as I can remember, I think I started writing when I was about five years old so that would be over twenty years now. But I’ve only been publishing and writing professionally for just over two and a half years.

I try to write a little bit every day to keep in the habit and set aside thirty minutes to an hour each day in between freelance work to sit down and write. 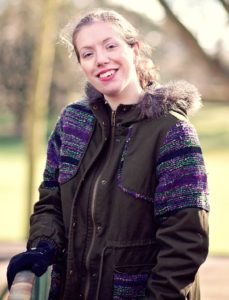 Tiffany loves to read books and discovered her love for fantasy and paranormal romance.  She writes both non-fiction and fiction, and love helping writers to build their author platforms.

After doing a creative writing course in her early 20s, she is now a freelance writer and professional editor.

Tiffany lives in Essex with her two spoiled cats and one very nutty hamster.