*Allison Morse will be awarding a $20 Amazon or Barnes and Noble GC to a randomly drawn winner via Rafflecopter during the tour.* 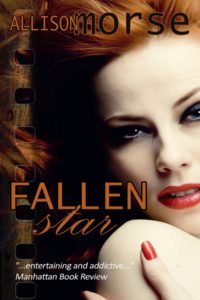 In this coming of age gothic tale, avid feminist and aspiring filmmaker Kate Bloom discovers long lost footage that holds the key to who murdered her grandmother. Legendary movie star, Gloria Reardon, may be dead, but friends and lovers from the Golden Age of Hollywood’s heyday are still very much on the scene, and it seems everyone has something to gain or lose from Kate’s discovery.

Enlisting the youthful and brash film restorer Dylan Nichols as her closest ally, Kate becomes haunted by Gloria’s glittering past. Caught between glamorous Old Hollywood and the gritty, exciting New Hollywood of the 1970s, Kate is determined to find out what really happened to her grandmother and in the process, becomes the killer’s new target.

Kate returned to the sealed box and ripped off the tape and flipped the lid open. Light bounced off a container with a shiny handle on top. The premonition of what it might be now solidified into something more than fantasy. Trying to remain calm, she told herself that it couldn’t possibly be what she hoped it was. It had been lost…destroyed…right?

Her heart pounded as she used both hands to lift the metal container. She undid the latches. Inside were two round 35 mm motion picture canisters.

As she pried off the top of the first canister, she was assaulted by the pungent smell of vinegar. The film appeared brittle. She was afraid to touch it in case it turned to dust in her hands. But she had to know. With the tips of her fingers and holding her breath, she unwound a small piece of film and looked at it. There, captured in the frame, was Gloria––the costume, the set behind her…there was no mistaking it. These reels were from Emperor Smythe. It was the infamous missing footage from the day Gloria was murdered on that film set.

“Lillian! Quick, Lillian!” Kate returned the footage to the canister and closed it up.

Her great-aunt hurried back to her. “What? What is it?” Her eyes widened as she gazed at the canisters. “Is that what I think it is?” Lillian asked.

“The footage. The missing footage.”

Entertaining and suspenseful mystery with echoes of Old Hollywood woven into the Hollywood scene of the 1970’s. Filmmaker Kate Bloom is out to solve the mystery of her movie star grandmother’s murder, and she encounters many twists and turns on the way to her final discovery. The behind-the-scenes look at movie making is as interesting as the mystery itself. A fast-moving book that kept my attention and didn’t let up until the satisfying ending. (Received a review copy.) 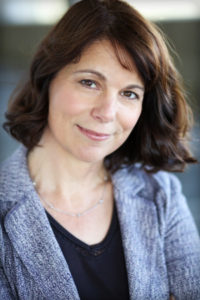 Allison is the author of two novels: The Sweetheart Deal and Fallen Star. She lives with her husband in a house in the hills that’s filled with books.

For book club resources and to learn more about Allison and her new fiction, please visit her Website at http://www.allisonmorseauthor.com/

Allison Morse will be awarding a $20 Amazon or Barnes and Noble GC to a randomly drawn winner via rafflecopter during the tour.