Why it Matters that You Tell Your Story 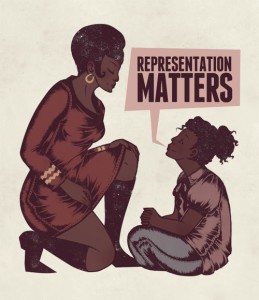 A little while back I participated in a discussion around diversity in Science Fiction Romance  on the SFR Brigade group on Facebook.

The originator of the post had some thoughts around a post on The Galaxy Express  and had opened it up to discussion.

My impressions were that some people felt that there was criticism in the post and  that it was undeserved. While others mentioned diverse character they were using in their books.

It’s a discussion that has popped up before in various venues, and it seems with current events being what they are, the conversation is increasing.

Discussion about diversity in publishing is good and should continue. For too long these things have only been discussed usually among POC, and not made mainstream.

As a black woman, I write POC heroines because they aren’t represented in any major way in science fiction and fantasy. My first memories of seeing a black woman in a sci-fi setting was on classic Star Trek.

Back in the day, it was extremely unlikely to see black people on TV at all. In fact, the ones I remember seeing on TV could’ve been counted on the fingers of one hand: Nichelle Nichols, Diahann Carroll (“Julia”) are the ones who immediately come to mind. Two.*

Perhaps there were more during that time period, seeing how I vaguely remember Greg Morris in Mission Impossible, and Eartha Kitt as Catwoman in the Batman TV series (when the role wasn’t played by Julie Newmar or Lee Meriwether) but I’d be hard pressed to call any other names during that period.

*Update: after a bit more research I discovered that Cicely Tyson also had a regular role on the TV show, East Side, West Side from 1963-64.  H/T to commenter Clara54 who mentioned the  contributions of the incomparable, Pam Grier. Though Pam has also been on TV, her career kicked off in movies during the rise of the Blaxploitation era, in 1968-70.

Fast forward to the present where we seem to be rehashing so many racially-tinged issuess that many people thought were resolved. Race/class/sexuality–it’s all churning above the surface now, helped along in no small part by the internet (via social media and blogging where voices can be heard across the globe).

My desire to write about POC as the lead characters comes from my own formative years where they didn’t exist. Or if they did, they were stereotypes. Relegated to the sidelines and bound by centuries old definitions.

In all the sci-fi I read as a young person, where were the POC voices? Hell, where were the female voices? They made spotty guest appearances usually typecast as “angry” or “inept” or “sex partner.” Background noise to fill in the scenery that was set in gear by the white male protagonists.

Blame it on Star Trek with the inclusion of various races and non-humanoids, but I had different expectations for what I wanted to see in a universe far, far away. It’s no secret that I identified with Uhura and with Spock, whose own struggles as a half human/Vulcan were often brought to painful life in the classic episodes.

Luckily for the character, Spock was allowed self-actualization in the subsequent movies, where he started out as a coldly logical Vulcan and experienced an ultimate acceptance of his humanity by the time ST VI ended the classic cannon.

(The reboot revived it on a different timeline, and thankfully didn’t lose the flavor, though there are differing opinions on the casting choices for Khan in the second movie.)

A lot of what inspired this post was something I read last week written by  much younger reader. She described her first encounter with writer Octavia Butler. My first encounter with Butler is also a touchstone of mine, and I was drawn to her as a kindred (for Butler fans – no pun intended) spirit.

That all these years later this reader could connect in the same way I did shows how one voice can make an impact that reverberates long after that voice is stilled. Maybe when Octavia Butler started writing, she never knew how others would perceive her stories. How we would be moved to write stories of our own. 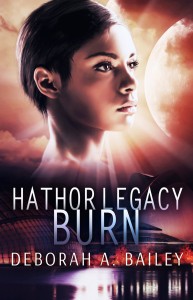 She (a black female sci-fi writer) showed me that it could be done. And when I read her books, I felt like I could feel her voice in my heart. She was telling my story in addition to telling a human story.

Because you see, that’s really what it comes down to. Human stories across the centuries, the civilizations, the cultures. It’s not a zero-sum game where if I tell my story, yours is discarded. As a POC I’ve felt that way for most of my life. Where were my stories? Where were my heroes/heroines?

My story involves more than what is depicted in popular culture. Slickly packaged using the same old tired tropes. Checking off the same old boxes to ensure that no reader/viewer is jolted out of their comfort zone. Or erased completely. Negated and rendered mute.

My story is timeless. As is yours. It is a shared human story, and can’t be told through just one POV.

So, I don’t write about POC characters because I want to reduce other stories or eliminate them. I don’t see it as a profit and loss sheet, where I’m going through the numbers, sliding beads across an abacus, deciding what has value and what does not.

My story is valuable, as is yours and all the writers writing across the world. We are telling the world’s story, in our own words, through our experiences. My story does not diminish yours. And your story does not reduce mine.