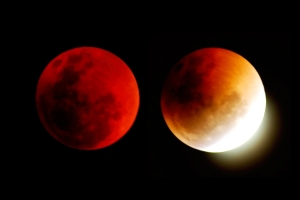 This is the 3rd entry in worldbuilding posts for my Hathor Legacy series. (Check out part 1 and part 2 and part 4.)

According to the legends, the original settlers, known as the “First Families,”came from the 7 continents of the Earth.

They’re revered by the members of the Guardian organization, and tracing their families back to those settlers is what elevates some descendants over others. (Something I mention in book 2 in the series, Hathor Legacy: Burn, with the introduction of the Deshtu.)

So let’s go back in time a bit (or forward in time, depending on your POV).

After it’s identified in 2234, the planet is named after the Egyptian goddess, Hathor.

During this time, there’s a lot of space exploration and business interests are on the hunt for minerals, crystals and other resources. Though the Earth is still supporting life, efforts to reverse the effects of global warming have only been marginally successful.

Because of this, there’s a lot of incentive for people to leave the Earth and join settlements in various systems. In order to accomplish this goal, travel that takes months–not years,  or lifetimes—has become reality.

Quick note: I’m not going to get into the science behind faster-than-light travel—or whether it’s possible. You’ll just have to make the assumption that, in this universe, it is. 🙂

(Or, at the very least, there is a plausible way to get people from one system to another safely, quickly and efficiently.)

After some initial investigation, it’s determined that Hathor is very rich in crystals and other precious gems. The neighboring planet, Astarte (and its moon, Demeter) has even more potential.

Speaking of terraforming, for quite some time there’s been interest in doing the same thing to Mars. If it sounds interesting to you, check this out: http://quest.nasa.gov/mars/background/terra.html

Origin of the First Families

While the work is going on back on Hathor and Astarte, settlers are being selected and groomed. Ultimately families are chosen from every continent on Earth. The company requires them to give up everything and commit to taking a one-way trip to Hathor.

Based on the population of our planet, obviously the settlers are going to be a mix of cultures, languages, ethnicities and skin colors. So that mix is what reflects Hathor and ultimately, the Guardians.

That mix is also reflected in the “old language” Nadira uses in the Hathor Legacy books. While I was writing, I took words from Spanish, Italian, Portuguese, Swahili, English, etc. and created my own twists.

For instance, in Swahili, “ahali” can be translated to mean “family relations.” I added “non” to mean a person who had no relations and was considered an outcast–which led to the word, Nonhali.

In French, “moyenne” means “average.” The Guardians refer to people without abilities as moyen, meaning they’re average people with no PSI powers. (The word “fragile” is also used,  but is considered a slur.)

Another quick note: I got my translations by way of Google, so they’re probably not 100% perfect, But for my purposes they were close enough to give me a starting point.

Once the settlers arrive on Hathor, they have homes and everything set up for their use. They will make their fortune by being part of the labor force doing the mining, farming and other work to help establish the world.

Hathor has one main continent, and that’s where most people live (there will be more about the planet itself in a future post). So the inhabitants are within towns where they can interact and create communities within the structure established by TTM.

But not long after their arrival, an illness begins to spread. Whether it’s caused by terraforming (as is mentioned in Hathor Legacy: Burn) or by something else, hasn’t been admitted to publicly. In any case, the sickness sweeps through the population and kills off young and old as it spreads through the towns.

It takes months for the outbreak to be contained. But while it’s going on, families end up reforming themselves as survivors are taken in and people band together for protection.

Because of this, there’s a “mash up” of languages and cultures as orphaned children are brought into new families, people connect with new partners and the community rebuilds itself.

Through all this, PSI powers begin to develop in the children born on Hathor (and in some of the adult survivors). At first the abilities are feared and often the people who have them are persecuted and isolated. But in time, they became a symbol of survival and, as far as some are concerned, a gift that sets them apart.

In the midst of their fight for survival, the story of the First Families has extra added importance as an origin story for the new society, and will become the foundation for the Guardians generations later.

In the next part, I’ll go into more detail about other cultural aspects, including the takeover by Novacorp Gallactic, Inc., and the splintering of the native population into the Guardians, the Kasema and the Deshtu.