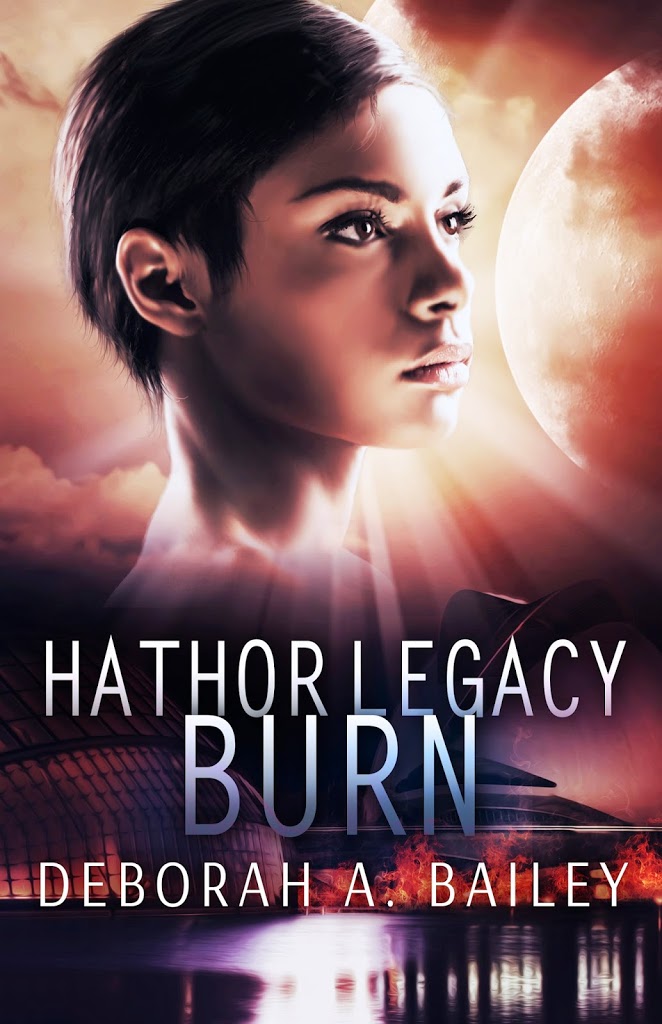 For the most part when I wrote short stories, I didn’t include love scenes. Romance and flirting, yes. Sex, nope. If my stories had romance, it was a side thing. I’d mention it and hint at what happened between the characters, then move on.

But when I wrote my novel, Hathor Legacy: Outcast, I found myself in a bit of a dilemma. It’s a romance, isn’t it? So I knew at some point, the heroine/hero would have to get busy. These days so many stories seem to be in the erotica camp, even when they’re not officially erotica. Going all the way is expected. But how far? That was my question.

Since I’d just started getting to know the characters, Jonathan and Nadira, I didn’t feel comfortable having them get together too fast. But even though I waited until halfway through the book, I still had a reviewer say it might’ve been too soon. Well, maybe.

Whether the hook up comes sooner or later, it should never feel forced. I’d tried to get them together sooner, and it didn’t feel right. So I reflected that in an earlier scene where they both seem to be ready, but one of them really isn’t. And the conflict there reveals a lot about the character’s backstory. Nope, I won’t tell you who it is, you’ll have to read it to find out. 🙂

Once I decided how explicit I wanted to get, it got easier. Instead of doing endless “insert tab a into slot b” descriptions, I looked for descriptive words that could set the mood without my having to actually describe the blow-by-blow. Here’s an example from my WIP, Hathor Legacy: Burn.

“Above the roar of the waves crashing, so much louder in this corner of the beach, he heard her moans. Fueling him to his own explosion he held himself back, wanting to take his time on his task.”

I’m not describing any body parts or explicitly describing actions. But words like roar, crashing, fueling, explosion, make a strong impression. They drive up the tension and the reader has a reaction to them, even if they’re not fully aware of it.

All writers know that words are extremely powerful. They paint images and stir up emotions. Do I like reading love scenes? Sure. But sometimes writing them is challenging. I want to show what’s happening, while at the same time I want to stay within what I think is appropriate for that story.

There are readers who skip those scenes. Others can’t get enough. So I don’t think a writer can anticipate if a reader will be glad the characters hooked up, or when they’ll be turned off. All I can do is stay true to what I feel works at that point. The characters will let me know when they’re ready, and that will make the scene much easier to write.