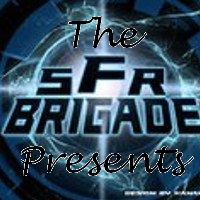 SFR Brigade Presents is a regular feature where authors post snippets of their published works and WIP.

Check out the other authors here and read more about their books!

This is an excerpt from my new book, “Hathor Legacy: Outcast” which is the first in a series.

This snippet is from the scene where Nadira and Jonathan first meet. He’s just been picked up by company security and brought in for questioning. The Sentry Leader (who’s been looking into Jon’s past) has left the room for a moment, which leaves our hero and heroine with a bit of time to get acquainted. And of course, things don’t go very well.

She blinked a few times, her mouth partly open. Good. He’d thrown her off a bit.
“What did you say?”
“When is he coming back?” Jonathan pointed towards the door. “I’d rather talk to the Leader and not one of his little helpers.”
He knew he’d hit a nerve when she uncrossed her arms and came to her feet. They were practically eye-to-eye, which surprised him. Other than his mother, he hadn’t met many women close to his height.
“It would be better if you stopped talking,” Nadira said.
Of course it would, but he had no plans to do that. “What will you do if I don’t?” He liked seeing the flash in her brown eyes. Especially the way the golden flecks  shimmered against the brown.

Nadira took a step towards him just as the door opened again. Brant strode back into the office and addressed Jonathan. 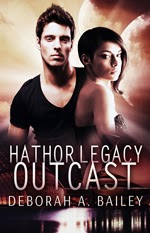 On the planet, Hathor, a powerful group called the Guardians serves as the security force for Novacorp, the corporation that runs Hathor with its ruthless monopoly. Nadira, as one of the most powerful Guardians, is expected to use her intuition and telekinetic powers to keep the capital city safe from thieves and intruders.
Jonathan Keel, son of a mine CEO on the nearby planet, Astarte, is wealthy, privileged and used to getting what he wants. When his father goes missing after a robbery and explosion at the mine, he defies the authorities and heads to Hathor to search for him and for the robbers.

Security is on high alert and Nadira is charged with protecting Jon. She rescues him from an vicious attack and discovers that the Guardians have another agenda that has nothing to do with solving the crime.

Jonathan finds evidence of his father’s possible involvement, while his attraction to Nadira forces her to confront all she has known about being a Guardian, especially the rule to put duty before her personal feelings.

Struggling with their growing desires, and chased by company security, Jon and Nadira flee the city. But solving the crime leads them to endure betrayals from the people closest to them, as secrets are revealed that not only link their pasts but also threaten to destroy Jon’s family and separate him from Nadira forever.